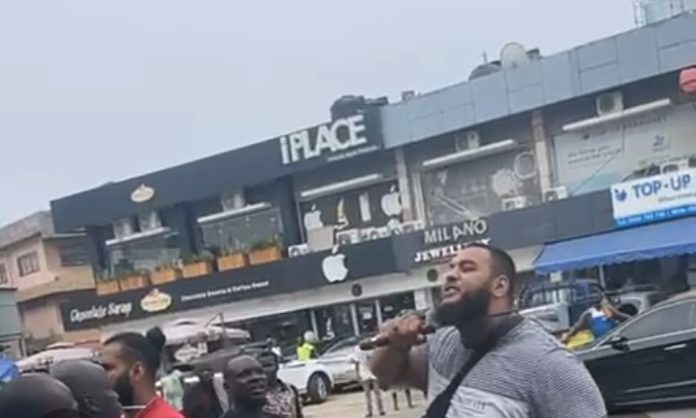 The Lebanon Embassy in Accra is calling for immediate action to be taken against one of its nationals captured in a viral video threatening a Ghanaian.

The Embassy says it rejects all forms of violence, intimidation and disrespect for a host country.

“We reject all forms of violence and intimidation, as well as anyone who does not treat the people of the host country with respect and in accordance with applicable laws.

“We call on the competent authorities to conduct the necessary investigations and to take appropriate measures against the offender,” the Embassy said in a Facebook post.

In a video that has gone viral on social media, the sword-wielding white man attempted an attack on the unidentified man.

Reports indicate the Lebanese man parked his car in front of the shop of the victim at Osu for almost an hour.

When the shop owner finally told him to park his car well so that he can also do his business, the Lebanese started abusing him verbally and allegedly told him he will kill him.

He then came out with a sword and the shop owner had to run into another shop for cover.

He is heard screaming: come out, come out, I will cut your neck as he holds the weapon, which caused panic and fear among witnesses.

Meanwhile, the Police in a statement on its official Facebook page said the viral video has come to their attention and they are working on it. 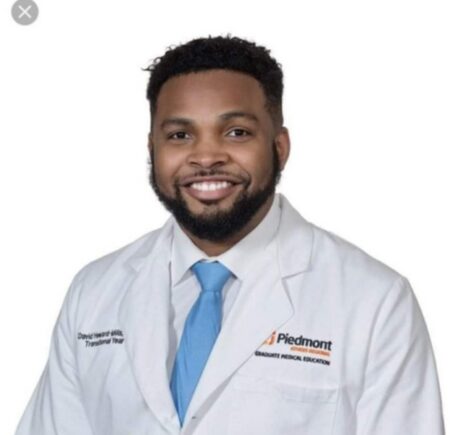 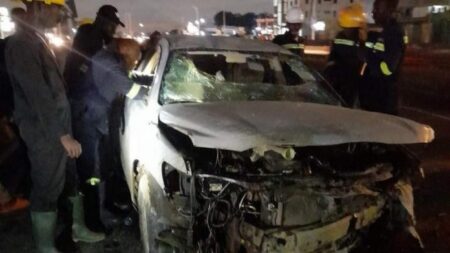 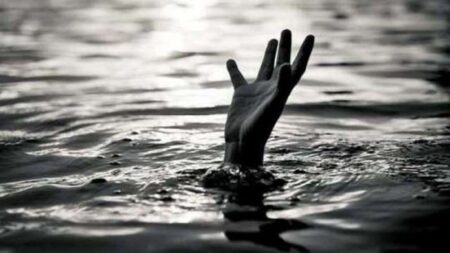